Pesticides are an important guarantee for food security and are the first line of defense for food safety. Therefore, pesticide management is an extremely important task. At the same time, pesticides involve many aspects such as production, transportation, storage, marketing and use, plus their own main system chemical products, they also involve many environmental issues. The management of pesticides is an extremely complex system project. There are many related departments in China. In recent years, the effectiveness of pesticide management in China has been remarkable, but some problems have also been exposed. According to its current situation, the author elaborates some personal suggestions for pesticide management.

First, excessive pesticide production enterprises, increasing the number of products year after year. Due to historical reasons, China's pesticide companies have evolved into two types: original drug manufacturers and drug manufacturers. At present, there is no exaggeration in the proliferation of pharmaceutical manufacturers. In the words of the industry, 2,000 pesticide plants worldwide and 1,500 in China.

Too many companies are mainly involved in the domestic preparation market, leading to irrational competition. 20 years ago, the domestic formulation market was estimated at the ex-factory price, about 30 billion yuan, estimated at about 42 billion yuan according to the retail price, while the current estimated domestic sales portion was calculated at the ex-factory price, which is also about 30 billion yuan, according to the retail price. Estimates, about 600 billion. Among them, in addition to the renewal of varieties, the spread from the factory to the retail price changes significantly; in addition to the increase in storage, transportation, personnel and other costs, the growth is the most marketing costs and retail profits; followed by product registration fees. Over-marketing, relying too much on retail links to promote sales has become a prominent feature of domestic product marketing. Among them, the large number of companies and the intensified homogenization of products are the main reasons for this phenomenon.

Second, pesticide registration certificate management, only pay attention to "effective ingredients." At present, the pesticide label only refers to the active ingredient, content and dosage form, and it does not involve other ingredients, resulting in many problems. For example, when some companies add other active ingredients to certain products, they lack strict supervision. It is called the "hidden component" in the popular saying in the industry. The â€œhidden ingredientsâ€ are just like the stimulants in sports. When they are added, they directly change the performance of pesticide formulations, and the toxicity and safety are also greatly different. The second is to add other ingredients (non-active ingredients), especially some highly toxic and even carcinogenic substances. For example, in order to reduce the cost of the emulsifiable concentrate preparation, some companies replace the xylene with so-called mixed benzene; some companies use it. DMF, a potent carcinogen, is used as an osmotic agent for acetamiprid. After the drug is applied to fruit trees and tea leaves, it may have a potential impact on consumers. Third, at present, the EU has banned the use of glyphosate because of its potential impact on human and animal fertility. However, China is still a big country. Fourth, at present, the domestic tank mixing additives that have just emerged are similar to pesticides in developed countries, and they need to be registered. However, up to now, China does not need to register. The problem that resulted was that some foreign companies were arbitrarily replacing organic solvents with highly toxic solvents sold in China.

Third, the public and practitioners lack effective information communication with pesticide management departments. Now that the information and media industries are well developed, it is reported that currently 70 million Weibo users have become the largest public surveillance tool in China's political, economic, and cultural public spheres. As a special industry, the agricultural resources industry has a young workforce, high cultural quality, and strong willingness and ability to participate in public affairs. However, the transmission of pesticide information is extremely asymmetric between managers and practitioners and the public. For example, there are only scattered and relevant forums on the Internet that involve pesticides. At the same time, in related forums, some companies that have gained great popularity have used strong acids to add to glyphosate formulations to change their performance. They have discussed for more than a year and have not had a strong intervention from the management department. It cannot be said that it is a management job. Seriously inadequate.

First, establish an interactive information platform for the public and industry. Pesticide production and sales companies as a special industry, the general public's cognitive ability is limited, but the knowledge and information of many practitioners are unlimited. The majority of practitioners have the ability to have the obligation and enthusiasm as active participants in the public sector. With the current level of information technology penetration, it is entirely possible and necessary to establish a corresponding interactive platform to ensure the equivalence of information and provide the most direct and detailed information for management decisions. As a public service department, government management departments not only serve enterprises and entrepreneurs, but also serve the public, serve the environment, serve farmers' interests and security, serve consumers, and provide benefits for the country. Guarantee.

Second, improve the relevant laws and regulations and respond to the development of the situation and formulate corresponding implementation details. Regulations need continuity and commonality, and they also need to conform to the development of the market economy. At the same time, laws and regulations need to learn from the management methods and experiences of developed countries, and try to meet the characteristics of China's industries. In this way, not only is it conducive to the management of regulations, but also it is more conducive to more domestic agents entering the international market. It is imperative to change the management of â€œonly effective componentsâ€ as soon as possible, and to adopt the method of requiring MSDS data for all ingredients in internationally-accepted preparations. At the same time, after unambiguously identifying the undeclared components, companies must assume corresponding economic and social responsibilities after verification. Seriously, it is also necessary to bear criminal responsibility; it is explicitly forbidden to add a list of ingredients to ensure the health of pesticide users and food consumers.

Third, strict laws and regulations, strictly control the number of pesticide companies, improve the quality of pesticide formulations products. Pesticides are a special commodity; the pesticide industry is a special industry. There are many different degrees of risks in the consumption of pesticides from production to use and the consumption of agricultural products. Such risks cannot be borne by small businesses. Large-scale production of enterprises is the general trend. To this end, the country should have a viable medium-to-long-term industrial policy to guide the reform of the industry. Gradually shut down enterprises with low capacity, small scale, poor technology, and untrustworthy public, and build a group of large-scale, technological, and socially responsible enterprises. 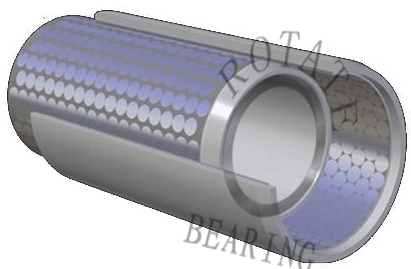 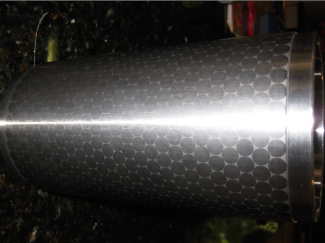