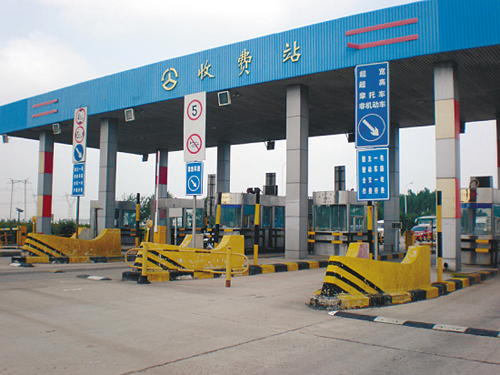 According to Voice of Chinaâ€™s â€œNational News Networkâ€ report, the highly-recognized â€œSpecial Clearance of National Toll Roadsâ€ has entered the stage of self-checking and self-correction since September. So far, 9 provinces and autonomous regions have adopted lowering of charges and repurchase some of them. Toll stations and other measures to rectify some of the road sections.

Ministry of Transport spokesman He Jianzhong revealed at todayâ€™s press conference that at present, the provincial-level special clean-up work leading groups are sorting out, reviewing, summarizing, and analyzing the first-stage investigations and investigations. The provincial peopleâ€™s government will After the audit, it is announced to the public and accepted by the society.

He Jianzhong: In recent days, the five ministries and commissions set up a coordination mechanism for the special clean-up work of toll collection work, held the first inter-ministerial joint meeting, and will further supervise and guide the special clean-up work around the country. In the near future, it will further urge all localities to speed up the investigation of the first-phase investigation. Review the work and publish the first phase of the investigation as soon as possible.

He Jianzhong disclosed that there have been nine provinces that have taken the lead in implementing the rectification measures, adopting measures such as lowering the charging standards for individual road sections and revoking some toll booths, resulting in preliminary results:

He Jianzhong: For example, in Beijing, Shandong, Henan, Jiangxi, and Jiangsu, there are Shanxi, Heilongjiang, and Hebei, Shaanxi, and so on. These provinces have already taken some road sections during the first phase of clean-up work. Measures.

According to the implementation plan issued by the five ministries and commissions, until the end of this year's self-examination and self-correction on December 31 this year, various localities must propose specific rectification measures for various types of non-compliance and irrational charges, and the five ministries and commissions also organize inspection teams to inspect key areas. guide.